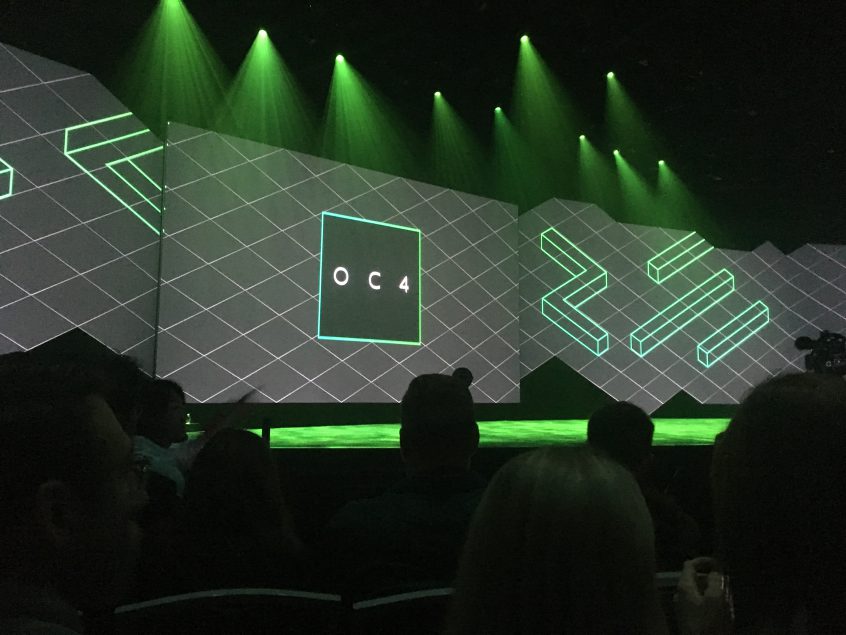 Facebook may be a de facto media company rather than a mere social network, but the “tech” company’s high-profile subsidiary Oculus could be the catalyst for mass virtual reality headset adoption. And it is CEO Mark Zuckerberg who wants to set the pace.

On stage at the recent OC4 conference in San Jose, Zuckerberg’s enthusiasm for virtual reality experiences was easy to spot. VR, the Facebook CEO said, "is imagining the world as it could be," a vision of the future that is being built by people who believe the physical world can be improved; in other words, removing the limits that actual reality places upon the individual and setting that person free.

"If you can’t think of any way that your reality can be better, then you are not thinking hard enough," Zuckerberg said, citing the fact that the majority of people spend countless hours behind the wheel as part of their daily commute. Zuckerberg sees virtual reality as the next stage in the communication revolution, a unique technology that allows people to be present anywhere and everywhere.

Zuckerberg's stance makes a lot of sense when you take into account not only how Facebook works but also its constant presence and influence in our connected society.

Facebook’s stated mission has always been to give people the power to build community and to bring the world closer together, a Utopian ideal that could be even more powerful in virtual reality. The purchase of VR startup Oculus in 2014 raised a few eyebrows at the time, but that investment has allowed Zuckerberg’s company to become a major player in the space.

“It’s true that nothing is ever going to replace being with somebody or doing something physical,” Zuckerberg said at OC4. “But when we can replace those things, when we run up against something that tests the limits of reality, VR is going to make our reality that much better. So we are setting a goal … we want to get a billion people in virtual reality.”

Setting goals is part of the Zuckerberg playbook.

In 2013, he launched Internet.org, a partnership between Facebook and six tech-centric partners with the goal of bringing affordable internet access to less developed countries and, effectively, connecting the world. Since then, Facebook claims that more than 25 million people are now online, thanks to its Free Basics app and—in some respects—its founder’s relentless globetrotting to support the project.

TechCrunch recently reported that the unmanned aircraft has managed to successfully complete a test flight and actually landed (this time) without breaking up. Posting on Facebook in 2016, Zuckerberg wrote that,” our goal is to have a fleet of Aquilas flying together at 60,000 feet, communicating with each other with lasers and staying aloft for months at a time … something that has never been done before.”

So, when Mark Zuckerberg says he is setting a goal, it would be foolish to ignore him.

The caveat in this case is that persuading one billion people to immerse themselves in virtual reality might not be as simple as it sounds. Getting people to try out VR is one thing, persuading them to invest in a head mounted device … that’s another challenge.

A recent report by IDC said that combined shipments of augmented and virtual reality headsets would reach 13.7 million units in 2017, 90 percent of which would be VR-based. According to IDC’s Worldwide Quarterly Augmented and Virtual Reality Headset Tracker, the AR and VR headset market will experience a compound annual growth rate of around 56.1 percent over the next four years, with 81.2 million units shipped by 2021. Consumers would be the target market for VR, IDC said; 72.2% of all units shipped would be for non-commercial use.

The key word here is shipped. Shipments do not always equate to actual sales, a factor that can lead to unrealistic growth expectations in new or emerging tech.

Headset sales have—to date—been a slow burner, irrespective of a constant level of media interest. Much of that could be attributed to the hype that constantly surrounds the technology, although it is worth noting that virtual reality is well on its way to the Plateau of Productivity, according to the latest Gartner Hype Cycle for Emerging Technologies.

If you take IDC’s forecast into account, then Zuckerberg’s goal of one billion people in virtual reality looks to be more aspirational than achievable. To be fair, the Facebook CEO did not put a time frame on this number but he does have a significant ace up his sleeve … the Facebook community itself.

The company’s latest quarterly earnings report showed that were around 2.1 billion monthly active users (MAUs) as of June 2017—a year-on-year increase of 17%. What was more impressive were the amount of daily active users—the people who open the application every single day—which numbered an average of 1.32 billion in June.

Now, imagine a scenario where virtual reality content became more prevalent on Facebook. More content would—in theory—mean that more people would have the opportunity to both engage and immerse themselves into a virtual reality experience on a more regular basis. If only 25 percent of Facebook's MAUs became more involved in regular virtual reality activity, then that would be a significant step forward.

Add into the mix that there are numerous headset options already available (including the Facebook-owned Oculus versions, naturally) and it is not hard to see why Zuckerberg believes the future is virtual.

One Billion People Sets A High Bar For VR

The challenge, Zuckerberg said, is to convince people that virtual reality is not a niche product. At OC4, he assured attendees that all big tech ideas take time to bed in with the average consumer, especially when that technology is seen to be, “too crazy and complex.”

“Some people say that VR is isolating and anti-social. I actually think it’s the opposite. We all have limits to our reality. Opening up more of those experiences to more of us - that’s not isolating, that’s freeing.”

If we take this concept further, the decision to not only reduce the price of an Oculus Rift to under $400 but also introduce an affordable all-in-one wireless headset—Oculus Go—could be the catalyst for a new wave of adoption. Zuckerberg’s smile when he made these announcements at OC4 spoke volumes, even more so when you consider he said that getting one billion people into VR would come down to finding the sweet spot between affordability and quality.

A detailed analysis of how the Oculus Go has the potential to change the fast-casual VR market can be found here, but (for now) Facebook/Oculus have made a significant statement of intent. What makes the landscape even more interesting is that Google’s Daydream View mobile headset has also been upgraded. Granted, the number of Daydream-ready smartphones is going to have to increase, but Zuckerberg’s goal of one-in-seven people in VR does not look as far-fetched as it did at OC4.

“Standing up here today, I am more committed to future of VR than ever,” Zuckerberg said, during his keynote in San Jose.  “It’s about bringing us closer together.  It is about imagining the world as it could be.”

One billion people in virtual reality is a lofty goal, but one that Zuckerberg is determined to achieve. When you consider that he has Facebook as a template for creating a social network that changed society, who would bet against him repeating the trick in virtual reality? Mass adoption is still some distance away, but the path has to start somewhere. And a global social network is as good a starting point as any.

To find out more about the latest trends and talking points in the virtual reality marketplace, check out our ever-expanding research reports here. Alternatively become a Member and get on-demand access to a full suite of Market Reports, plus exclusive Member-only research.