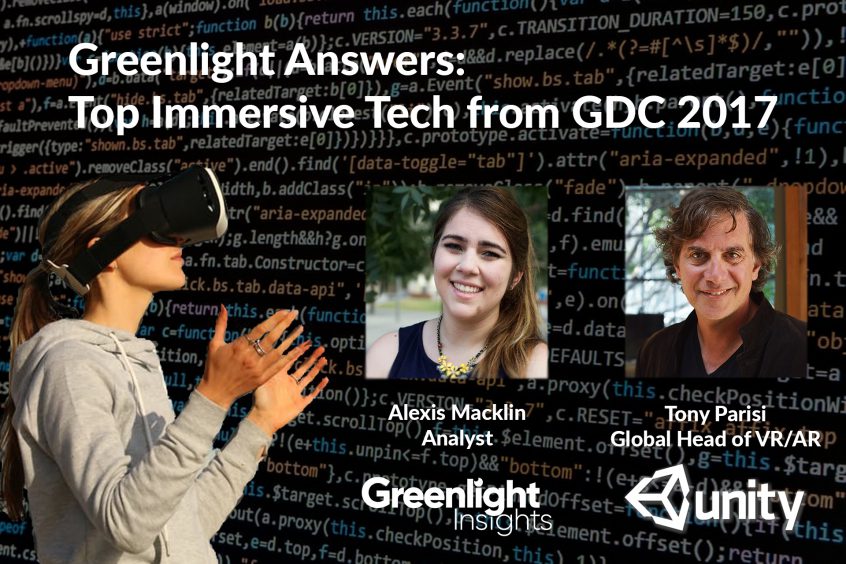 Parisi shared how the 5.6 release version of Unity's platform will make creating cinematic and non-entertainment content for VR/AR artists and non-programmers. “It starts with graphics,” he said. “Global illumination, single pass rendering, and other optimizations that will enhance performance on less-powerful mobile CPUs.”

While Parisi couldn’t elaborate on what platform features Unity is developing, he did emphasize that the core benefits - graphics, interaction, and performance - benefit companies in several industries, ranging from interactive entertainment to automotive to healthcare.

- Tony’s definition of Non-Games/Cinematic: “Not scoring points.” Cinematic VR is using game and video technologies to create stories and exploration.

- Standalone: Tony is interested in having a standalone headset because “not everyone wants to use their phone in a viewer.” Unity doesn’t have an explicit feature set for this headset type yet.

Read more about VR trends and techniques by Alexis Macklin on Immersed.io