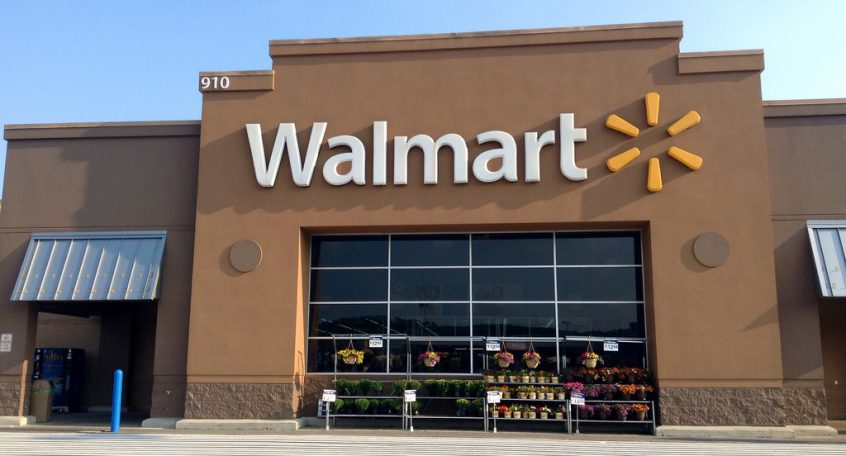 Nowhere is the transformation from digital to XR more obvious than in the retail, an industry that still leverages physical locations to both attract customers and sell inventory. And as tempting as it is to crown Amazon as the industry's top innovator, most large retailers are now embracing emerging technologies such as virtual reality and augmented reality in order to remain competitive.

Walmart is a prime example.

The world’s biggest retailer has made several tech-related investments in the last few years and has shown a marked determination to not be left behind in the ecommerce revolution. Mobile apps, digital shopping lists, in-store beacons and free two-day shipping are all part and parcel of the Walmart experience.

You can now add virtual reality to the tech-focused strategy that Walmart wants to offer its customers.

On February 5th, the Bentonville-based company announced that it had acquired VR startup Spatialand for an undisclosed sum. According to a blog post, the plan is to merge the platform and content studio into Walmart’s in-house innovation hub—Store No.8—as part of the retailer’s ongoing work in augmenting the customer experience.

“VR is an industry buzzword right now,” said Store No.8’s principal and founder Katie Finnegan. “And the majority of the technology that has been created in this space has been focused on the development of hardware and content for spaces such as gaming and entertainment, ignoring the range of possibilities available in retail. At our core, we are merchandisers and storytellers which drive us to believe that virtual reality has the potential to reinvent the consumer experience … with an experience we call contextual commerce.”

Walmart launched Store No.8 as an "innovation ecosystem" to increase and expand its tech capabilities, a move that was directly influenced by the dominance of ecommerce behemoths that had arguably effected physical shopping habits.

The retailer has a reputation for being functional rather than fun, with the average person looking for an easy way to buy the things that they need. When you consider that virtual reality is still in the early adoption phase, then Walmart’s interest in cutting-edge VR is both a head-scratcher and a possible vision of the future.

Virtual reality is not a leap in the dark for Walmart. Anybody who shopped in one of its 4,700 stores over the holiday season will have seen that VR headsets were on display alongside the discount groceries, sporting equipment and clothing that are regular purchases for its clientele.

Bearing in mind the average Walmart shopper, you could either jump into the high-end brands—HTC Vive, Oculus, Sony PlayStation VR—or you could take a chance on HMDs that cost between $5 and $15. Without knowing the precise sales figures, it is likely that customers snapped up the cheaper versions or opted for a Samsung Gear VR or Google’s Daydream View, but the point is that Walmart is well aware that there is a demand for virtual reality experiences.

The seeds for the VR acquisition were reportedly sown at Walmart’s Innov8 event in 2017. As a result, Spatialand will work in stealth mode with Store No.8 to develop new products and uses of VR in immersive retail environments. And as you might expect from a tech innovation hub—Store No.8 was inspired by an early experimental location, for instance—there is no timeline for when any of these projects will even see the light of day.

Shopping for a car in VR.

It is worth noting that both Amazon and China’s Alibaba have experimented with VR shopping already. Digital magazine Madison.com reported that Amazon has previously advertised for a senior software development manager who would lead the development of a VR shopping experience, although it appears that Jeff Bezos would prefer to integrate augmented reality into its retail operations.

At CES 2017, for example, Alibaba showed off a VR shopping app called Buy+ that was reportedly downloaded by around eight million people when the app was launched in late 2016. The basic premise of Alibaba’s VR experience was that you looked at products in the app and (provided you looked at them for a certain period of time) they would be added to your shopping basket.

VR Shopping Is One For The Future

The crux of the matter is that VR shopping is an experience for the future, albeit one that Walmart feel is worth investing in now. According to Recode, the company has been reticent to discuss specifics about what former Spatialand employees will be working on, although something could be revealed in around 12 to 18 months.

Which means that we all get to speculate. A VR app could work in conjunction with, say, Facebook Spaces or it could be used as part of the buy-online and in-store pickup that Walmart (among other big box retailers, naturally) currently employ. Alternatively, shoppers could find VR useful as a guide to store layout before leaving the house, a type of immersive learning that makes the physical experience in a store easier to stomach. The app could even replicate the work that Alibaba has already done.

That is what makes Walmart’s acquisition of Spatialand an intriguing one.

Yes, virtual reality shopping is not really a thing right now, but there is no reason to believe that it won’t become part of our digital routine at some point in the future. Clothes, for example, could be tried on in a virtual dressing room and then purchased. Factor into the mix that retailers often have to deal with either unwanted or returned inventory and a VR shopping experience could cut down on significant wastage.

The caveat is that retail studies have shown that most consumers still prefer a physical or mobile experience. Augmented reality is more likely achieve widespread adoption by retailers, mainly because it allows the average person to use a smartphone (or even smart glasses!) to view potential purposes as opposed to a headset.

An oft-cited mantra in the private sector is that if you snooze you lose. Companies such as Apple have remained at the top of the game by providing their customers with physical products that they didn’t know they wanted. The same cannot be said of big-box chain retailers, many of whom have had to reluctantly accept that bricks-and-mortar is often a second choice for the connected society.

Walmart has long been a bastion of traditional retail. With its acquisition of a dedicated VR platform and content studio, Sam Walton’s company may have planted a digital foot firmly in the virtual future.