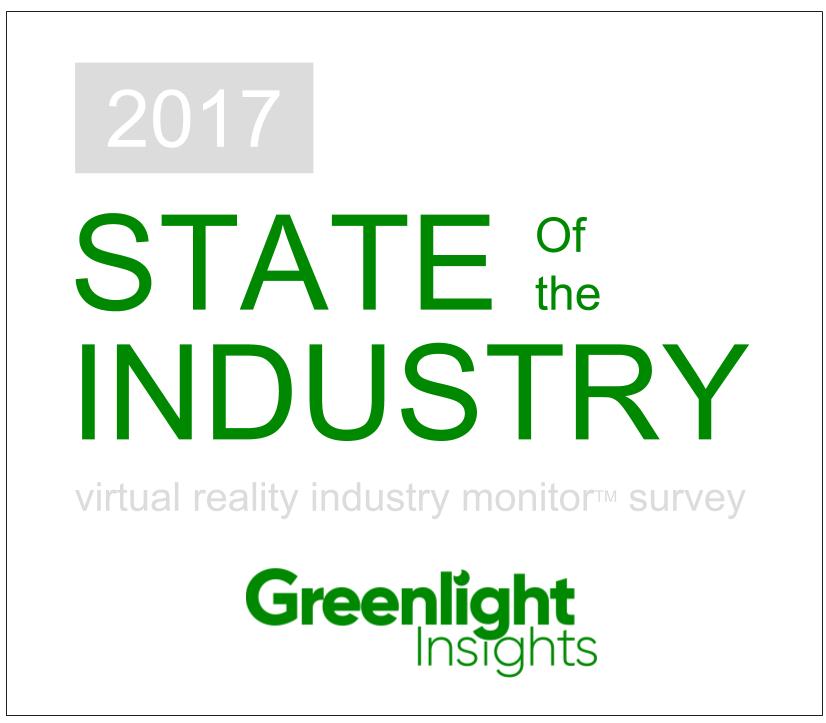 Today we are launching the latest wave of the RealityIQ survey, which is fielded twice throughout the year among thousands VR/AR technology vendors, content developers, commercial users, and other professionals worldwide in an effort to better understand the health and habits of companies producing, adopting and investing in virtual and augmented reality initiatives. Now in its 5th Wave, the survey provides proprietary industry- and sector-specific benchmarks, which are used by companies to set priorities for the coming years.

This year’s survey remains largely unchanged from prior waves, providing an opportunity to report on emerging trends over time. The survey engages developers, entertainment and non-entertainment producers, hardware manufacturers, distributors, marketers, and investors to assess:

We’re pleased to see that the survey and its findings serve as the de facto benchmark for the VR/AR community to find the pulse of the industry. The survey, which was developed based on the Delphi Method, a structured communication technique originally developed as a systematic, interactive forecasting method including a panel of experts.

Early Virtual IQ Results To Be Debuted At VRS 2017

RealityIQ To Be Revealed at VRS 2017

This year, results from the survey will be presented in a keynote at Virtual Reality Strategy Conference, which gathers influential leaders in the virtual reality industry each year to facilitate thought-leadership and new business relationships. VRS 2017 takes place October 25 - 26, 2017 in San Francisco, CA.

The survey is open for responses now at www.surveymonkey.com.