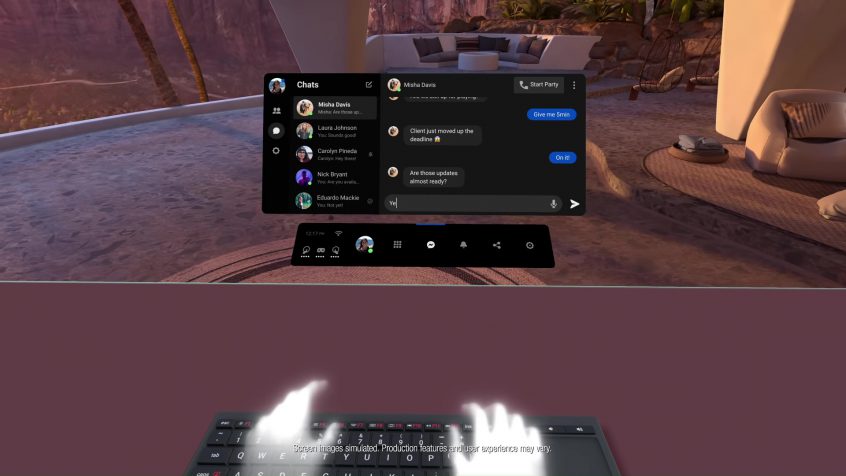 Arriving on April 23rd, Oculus’ v28 software update for the Quest platform brought a number of new and highly anticipated experimental/early release features to the company’s flagship VR headset, Quest 2. Among these were:

V28’s lineup of features represents a significant improvement to the platform and further improves the value proposition of the Oculus Quest 2 as a more general consumer product, rather than a niche gaming device. Executives such as Andrew Bosworth have stated that initiatives such as these will further reduce barriers to entry and help to fulfill key features to bring both “games and spreadsheets” to the platform, in an effort to retrace the market trajectory of early personal computers.

Overall, Oculus continues to be committed to a two-pronged approach to capturing VR market share. All the features of v28 are enabled by cutting-edge processing and display hardware exclusive to Quest 2, as well as innovative optimization within its software ecosystem. Having long since essentially dominated the standalone VR market, Quest 2’s roadmap is now focused on capturing market share from PC VR. This decision is further evidenced by the recent discontinuation of the Oculus Rift S.

However, a key enabler of Facebook/Oculus’s future business will be killer apps, of which the company has yet to produce any compelling cases since the release of Beat Saber in 2018. The phrase “killer app” is often used loosely in reference to a nebulous class of computer program (such as an executable) or general use case that is supposed to drive rapid large-scale adoption of a particular hardware product. Oculus has spent hundreds of millions of dollars in capital over the last half-decade to create a highly compelling hardware product with a price-to-performance ratio comparable to a modern smartphone. The company is depending on these market conditions to attract end-user adopters and subsequently a fresh crop of developers/content creators looking to maximize potential monetization of new VR software. While v28 represents a significant step in the right direction, the company may need to invest even more in first-party development in order to unlock the final piece of the puzzle.