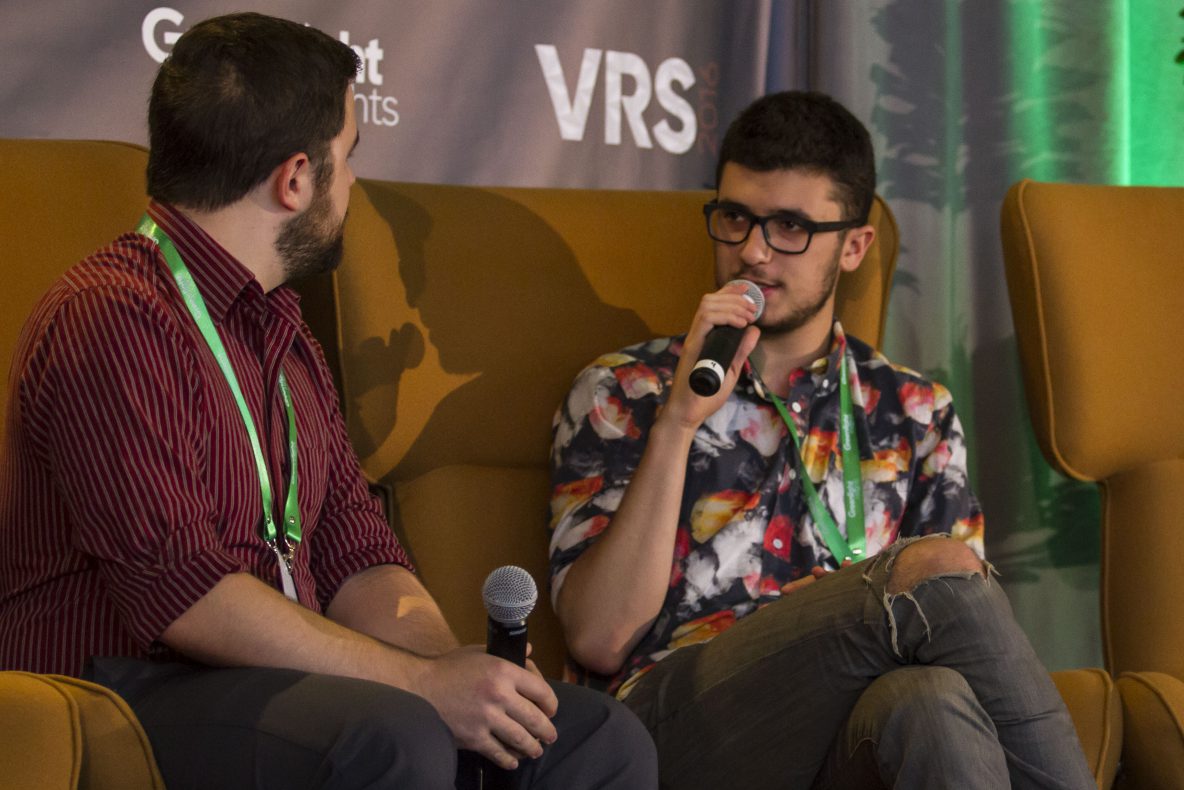 Virtual Reality Strategy Conference 2016 was hosted by Greenlight Insights in San Francisco on Nov. 1 and 2. Industry leaders came to the conference to get a deep-dive into winning strategies to grow and improve the VR industry. Sessions and panels focused on business strategies ranging from entertainment to enterprise focused discussions.

Here are the top 3 discussion points from speakers:

“VR is a much more natural way to share with people.” Road to VR Executive Editor Ben Lang said. "Even though it's not the most technologically advanced, it was the excitement about the human to human interaction between people [that is exciting for Oculus developers].”

Unique experiences are what is selling for VR in both support and funding. Greenlight Insights found in it’s 2016 Virtual Reality Consumer Adoption Report that 74 percent of surveyed consumers had interest in travel and adventure VR content categories, comparing to 61 percent for VR gaming.

"Bring bits of interactivity without drowning the story," Baobab Studios Head of Business Development Jonathan Flesher said. "There is no fail-safe. There is a need for exploration but there also needs to be interaction."

It's time to get serious

With mainstream adoption forecasted at 2020, virtual reality companies still have over three years to wait until consumers widely adopt the emerging technology.

"The hip phase is over. Valuations are coming down. the bar has risen," Comcast Ventures Managing Director Michael Yang said. "We are seeking more than good tech and business models. Rather, how can startups survive slow uptake with a stable business model?"

Investors, larger companies, and consumers can spot a non-genuine project. There is a time for experimentation, but companies and leaders need to be passionate and patient to achieve success.

To cut down on cheap and quickly reproduced content, VRS speakers were continuously advised to narrow the focus and create with an overall goal in mind.

VR is completely a new platform with new rules

Previous business models and creative successes of mobile and console gaming are thrown out the window.

"The recent experiences in the mobile gaming industry has brought bad habits to VR," Playmatrics CEO Margaret Wallace said. "There has been too much relying on metrics and not enough on creativity."

Companies need to take heed and not fall victim to the cloning of successful experiences and follow reliance on the same pay-to-play or advertisement based business model.

It's time for developers, manufacturers, and brands to approach VR as what it is: a new platform. Experiences and revenue models will need to be as new as the experiences. VR should be approached as a new world. Experimentation is needed to still answer some the industry's biggest questions.

"Users that come into the social interaction space in VR typically bring 'sci-fi baggage' where they have an idea of what people interaction in VR should look like, but what we have found is that it’s so much less about ‘where’ you are in VR, but about what you are doing," Altspace VR CEO Eric Romo said. "What are you doing in VR that you can’t do elsewhere?"