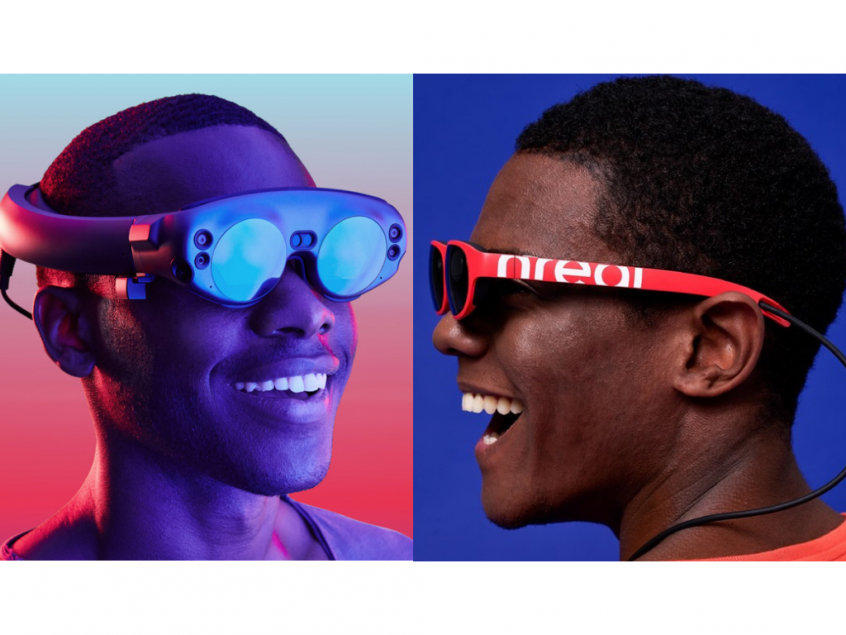 On June 17th, AR hardware powerhouse Magic Leap filed suit against Hangzhou Tairuo Technology Company (known in the United States as nReal), in order to halt what the former alleges is "[exploitation of] Magic Leap's proprietary and confidential information to unfairly compete in the development of [AR hardware]," according to official court documents.

While neither company has commented directly on the case, the allegation may hold serious implications for nReal's future operations in the United States. The apparent crux of Magic Leap's complaint is the notion that the design of nReal's flagship device, the nReal Light, is "strikingly similar" to confidential designs from Magic Leap “which were not ultimately commercialized or publicly released”. The suit also asserts that nReal's CEO and founder, Chi Xu, is in breach of contract as a former software engineer for Magic Leap, allegedly developing and rapidly prototyping nReal's augmented reality headset using research and techniques that were first pioneered by Magic Leap, after an investment of nearly a decade of research and millions of dollars.

Discrete, consumer-ready augmented reality hardware is fraught with extremely complex technological challenges related to computer vision, photonics, networking, ergonomics, thermal dynamics, and many other disciplines. Magic Leap and nReal represent two of only a small handful of companies which have overcome many of these problems to bring a full-featured augmented reality headset to market. Magic Leap appears to take issue with the relative ease with which nReal has brought the Light to market, but its own case may not be helped by the highly secretive and confidential nature of its work.

Despite having been founded around 2010, the company neglected to share any information about its hardware or software until 2015. Magic Leap also employed broad non-disclosure agreements and unconventional security measures with developers, investors, and the media even after its official unveiling in 2017. Without further disclosure on Magic Leap’s part, court documents do not make clear the exact nature of the technological advantage afforded to nReal, although the company also takes pains to point out other ancillary instances of potential misuse of assets in the form of similar typefaces and 3D models in promotional material.

Specifications for the devices do not appear to bear much similarity at first glance, which likely indicates that the specific technologies Magic Leap intends to protect have to do with the engineering and design of ML1's optical components. The use of waveguides to bend light and display information through a transparent display has emerged as a popular display solution for AR HMDs, but the construction of such components is still time-consuming and difficult, requiring significant iteration in order to solve problems around power management, accuracy, and comfort.

This case is not the first instance of nReal encountering pushback from an American tech company over intellectual property protection. In January 2019, an opposition filing from software company Epic Games complained that nReal's name would cause undue market confusion with its popular 3D gaming engine, Unreal. Later, in April, Epic announced a partnership with Magic Leap, which would provide 500 augmented reality developers with a free Magic Leap One device as part of its MegaGrants funding program for independent creators, doubling down on its long support for the hardware platform, dating back to the release of official support for the Magic Leap device in March of 2018.

Meanwhile, nReal’s recent press surrounding the official consumer release of the Light smartglasses may have prompted more immediate action from Magic Leap; during his debut product keynote at AWE 2019, Xu was joined onstage by executive leadership from chipmaker Qualcomm, who championed the Light (alongside several other xR devices released in the last year) as an example of an emerging product category, xR viewers, which would extract significant value out of Qualcomm’s upcoming Snapdragon 855 SoCs.

While the likelihood of a court battle remains unclear, this suit is indicative of the high degree of competition in xR hardware space. Articulating the greater implications for its outcome will certainly involve conversations around which company is best positioned to dominate the next decade of computing.