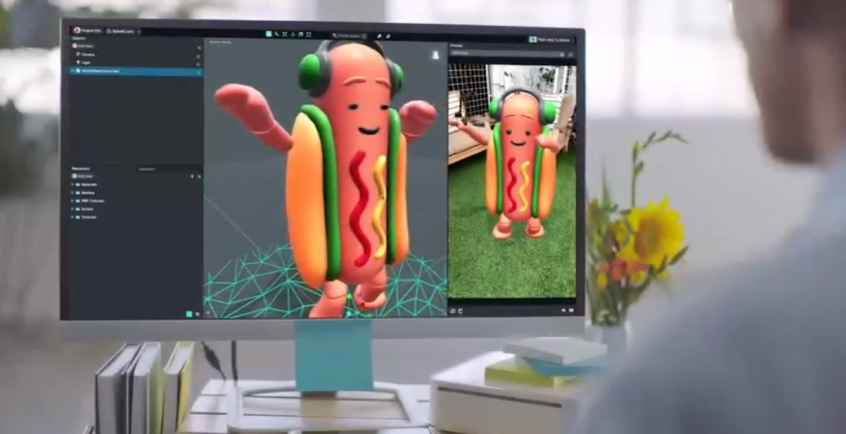 Snap, a leading image messaging and multimedia platform, released its second application this week - and it has everything to do with augmented reality. The company released Lens Studio, an AR content creation app, currently available as a free download for both Mac and Windows computers.

Lens Studio is similar to the internal design platform the Venice, CA-based company uses to create Snapchat filters. The major difference, however, Lens Studio is a public app anyone can use - no Snap approval needed. This will open Snap's daily active users (which reached 173 million in Q2 2017) and the consumer brands on the popular advertising platform to a new way to create AR lenses for free.

To further help the impending flood of user-generated AR lenses, Snap is offering templates and guides for both 2D and 3D designs to aid users in creating quality content.  The company also has scripted APIs into the program for SLAM capabilities and interaction effects, meaning the content coming from users of Lens Studio should be just as professional as the AR stickers currently produced by Snap.

Currently, Snapchat has 3,000 lenses on the app to date, which a third of users interact with daily for an average of 3 minutes, the company said. Snapchat’s signature feature has been copied by its largest competitors, Instagram and Facebook, since May and June 2017 respectively. The release of Lens Studio comes two days after Facebook announced new AR tools for Messenger.

The race for mobile AR dominance has started. Just having AR filters is not enough. Social platforms are not the only mobile applications that have AR filters now. In addition to ARCore and ARKit, Google and Apple also integrate AR into the company’s smartphones as well. Apple has seen the excitement over the Animoji feature on iPhone X and Google recently released AR stickers in anticipation of Star Wars: The Last Jedi.

For platforms to stay competitive, companies have to offer a content creation tool to not only help creators make great content but to speed up the content creation process. Tools like Lens Studio help platforms like Snapchat more than double the amount of features on an application in a short amount of time.

This increase of content will start another war for marketers and advertisers. Brands will need to compete with not only other brands on the platform but with creating compelling AR content. This will bring in a new wave of digital marketing, much like the implications of easier video publishing. Video content used to be the extra step brands would use to stand out, but now is a critical part of digital marketing.

A brand will not sacrifice much by not investing in AR mobile marketing now but could gain much with the identity as a forward-thinking, modern brand. With the cost of creating AR content becoming cheaper and cheaper, marketers now have to ask instead of when, why not?