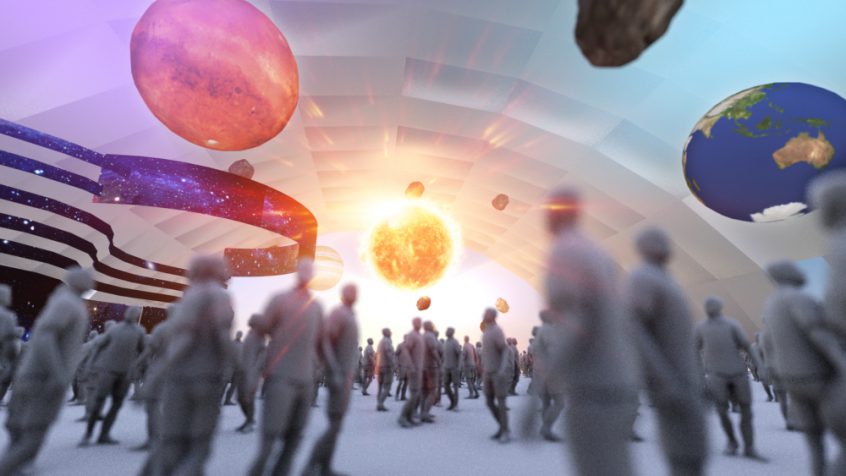 The use of immersive technology in the out-of-home entertainment sector has expanded quickly in 2019 and is set for another big year in 2020.

Lionsgate opened an immersive theme park in China in the summer, built with numerous virtual and augmented reality experiences. Dave and Buster's continued to expand the role of virtual reality in its venues with new test installations from Virtuix and VRstudios. Dreamscape Immersive opened two permanent locations that routinely sell out on weekends. In a relatively short time period, virtual reality for out-of-home (OOH) entertainment has proven to be a dynamic, ever-changing market.

Although Lionsgate had a notable year with the opening of Lionsgate Entertainment World in China, do not expect similar attractions to make its way to North American theme parks. Many of the first deployments of VR rollercoasters featuring inexpensive mobile headsets have shuttered with major theme park operators going back to basic ride experiences. The expansive rollout of head-worn xR attractions at themeparks should not be expected in 2020. North American companies will wait to see how Asian and Saudi Arabian operators perfect throughput times and device management as more virtual and augmented reality attractions are deployed.

Major U.S.-based theme parks have continued to experiment with experiences just outside of the gates. The VOID continues to be in operation at Disney Theme Park-owned properties. Universal worked with Holoride for a pop-up experience at Universal CityWalk in Hollywood. While the deployment of major xR attractions in theme parks still seems years away in North America, theme park operators will continue to partner with independent xR operators in 2020.

The rollout of 5G is imminent — telecommunication providers around the world are deploying the technology quickly, with established service in Korea and China expected in 2020. 5G will enable new VR systems that are more simple in nature. The advanced connectivity would improve conditions for wireless headsets and improved tracking, potentially eliminating the need for PC backpacks and motion tracking systems, which significantly increase the cost of full multiplayer, free-roam VR systems.

This technology and supporting systems may not have an impact in 2020 as headset manufacturers will need to produce updates to headset technology to be 5G-compatible. VR systems for venue operators that are compatible with 5G may start to enter the market in 2021.

Additionally, the use of head-worn augmented reality is still years away from significant deployment. Systems are expensive, significantly influencing refresh rates and ticket prices. In addition, the infrastructure has yet to be created to support AR systems in out-of-home entertainment. A venue operator would need to develop every part of the experience, from hardware licensing to the creation of first-party content to additional needs like custom management software. AR smartglasses and headsets are not ready for a substantial deployment in out-of-home entertainment locations, but one notable deployment from Meow Wolf and Magic Leap is expected in 2020. More deployments could be possible in 2020, although all attractions would need full involvement of the headset/smartglasses manufacturer and the operator.

VR experiments from IMAX and Cinemark missed the mark in 2019, but VR deployments in theaters are not over yet. With a successful launch in Dallas and openings in New York and Ohio already announced in 2020, Dreamscape Immersive is poised to bring its model into additional AMC locations in the near future. No announcement has been made yet, but we could see as many as a dozen more deployments by the end of 2020, with exceptionally more in years to come as AMC operates over a thousand theaters worldwide. Not all of these would be capable of hosting a Dreamscape location as some are smaller theaters or subsidiary locations. With the expected expansion of VR experiences at AMC theaters, competitors like Cinemark and Regal may venture into more meaningful deployments of immersive experiences to compete.

Cinema operators have been able to succeed with deployments of VR in other countries, notably Canadian operator Cineplex and Chinese operator ZYED Cinema. Both have leaned into expanding the "theater of the future" to better compete with in-home entertainment, innovating experiences around a multi-attraction venue.

Additionally, the impact of standalone headsets will be seen next year. Facebook's Oculus Quest was a game-changer for the consumer market, and it is expected to affect the out-of-home market next year. Oculus has not added commercial licensing for Quest yet, but the company most certainly will open the flood gates early next year. This hasn't stopped system vendors from already design VR systems around the standalone headset. By IAAPA Orlando Expo 2020, we expect to start seeing the first systems incorporating Quest.

Beyond the advancements expected in 2020, new innovations surrounding live entertainment are coming. Augmented reality experiences that enhance concerts will see bigger development, with enthusiasm from Coachella organizers Goldenvoice and artists like Childish Gambino. The stage design trend of 2020 may involve augmented reality powered by smartphones.

Madison Square Gardens is also developing one of the most innovative venues announced for 2021, MSG Sphere. The operator is currently in the process of developing and funding immersive multiplayer experiences for a crowd of 1,800. This will change what an immersive experience can be as a shared, interactive experience in one venue at this level has not been accomplished yet.

The next years will be a new foundation for how operators build entertainment experiences and this will be transformative for xR.

Want to know what will happen in 2020? Visit Greenlight Insights' Trends VR/AR/XR 2020 Hub, where you can read what's coming next in virtual reality, augmented reality, technology, innovation, and more.