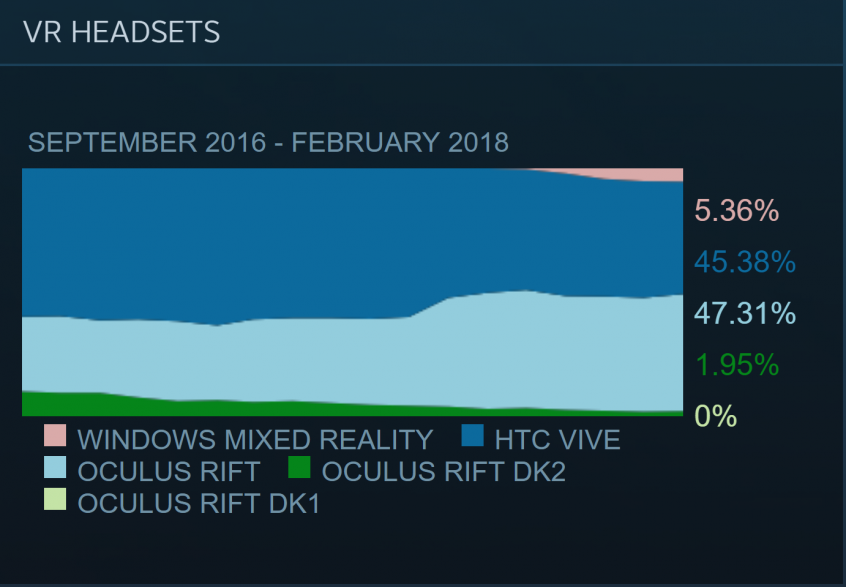 HTC Vive held a comfortable lead in active Steam users since its release in 2016 until Oculus Rift began closing the gap in January 2018. Now, the Oculus Rift head-mounted virtual reality display has surpassed the HTC Vive in market share among Steam users, according to Valve’s February Steam Hardware & Software Survey.

The remainder of this analysis on what is driving this trend is restricted to certain Subscriber levels. Contact sales to receive our Total Access Service.