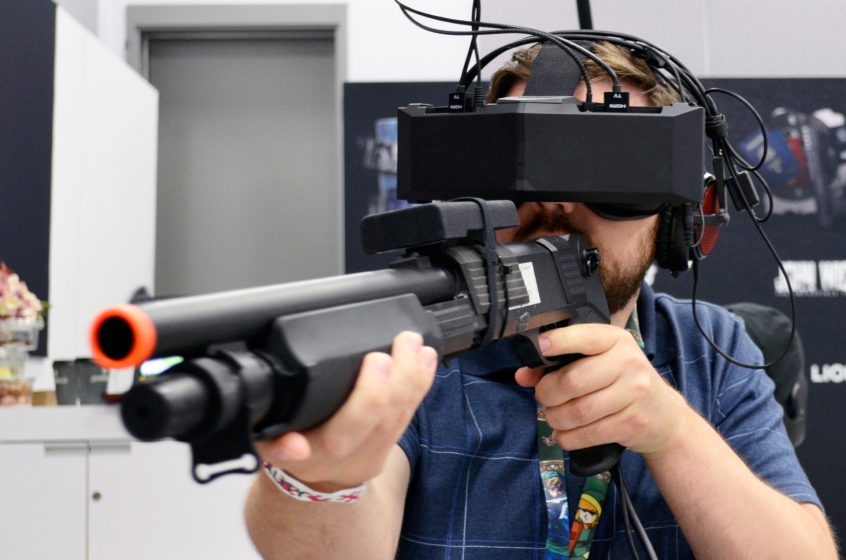 Location-based VR entertainment (LBVRE) is emerging as one of the the fastest growing sectors in VR. Several LBVRE technology companies have raised considerable investment rounds in the first quarter of 2017 and more investment is likely to come.

When analyzing data from Greenlight Insights' VR/AR Funding Database of more than 400 venture deals from 2011 to 2016, LBVRE-specific companies raised over $40 million in 2016 and have raised $21.5 million so far in 2017, with SPACES and Two Bit Circus receiving significant investments. Location-based entertainment hardware vendors and VR-first content studios have a big opportunity. Between low-end Arcade VR and high-end Attraction VR, LBVRE venues are proliferating across Asia, Canada, Europe and the U.S. We expect the rapid formation of a new distribution channel. This will present monetary opportunities for content producers before VR technology becomes mainstream.

Currently LBVRE centers, such as the IMAX VR Experience Center in Los Angeles, offer the same content as what consumers can purchase at home. However, this will change. In November 2016, IMAX announced a new $50 million fund dedicated to investing at least 25 different LBVRE experiences. Arcade VR will need to offer a unique content experience to compete with more conventional forms of out-of-home entertainment. Offering more immersive, higher-end experiences through motion simulators, specialized sensory inputs, and custom accessories will be one way LBVRE centers can stand out from the pack.

Content studios will benefit from another premium channel distributing their experiences, much like studios benefit from movie theaters. Studios will benefit monetarily from LBVRE centers offering their content through licensing. In fact, Valve has already expanded the Steam Site Licensing Program to VR arcades in 2016. Developers can license their VR content through the Program, so LBVRE centers can purchase titles. Even if a title is free, developers will benefit through exposure.