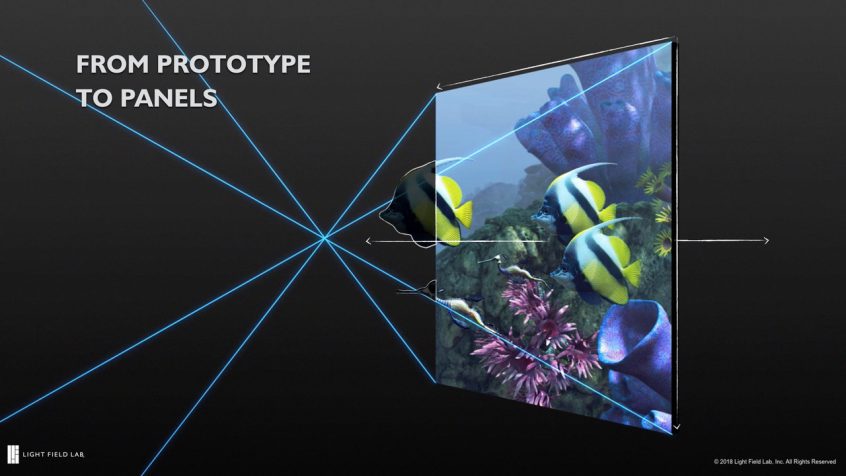 According to Light Field Lab, this recent funding will help transition their display technology from development to production. The company’s light field displays are on track to begin commercialization of their product in 2020. Light Field Lab’s display creates glasses-free 3D images, viewable from numerous angles that change according to an individual’s viewpoint. The company has only revealed its prototype display to a few select individuals, maintaining a high level of secrecy. However, Light Field Lab has shared its goal of integrating its display technology into modular video walls, allowing for socially immersive experiences.

Our Analysis
As a major player in light field displays, Light Field Lab’s strategy of initially scaling its technology within the out-of-home entertainment industry will first expose consumers to their technology at LBE venues prior to entering the consumer market. There is also a demand for large, immersive displays at out-of-home entertainment venues, from theme parks to museums.

With video displays valued as a billion-dollar market, Light Field Lab’s technology has the potential to bring forth significant B2B opportunities, before offering its technology to the consumer market.

While there is monetary potential, Light Field Lab will face an uphill battle in supplying content. Not only is light field imagery costly in content creation and in distribution through difficulties surrounding the amount of data being transferred, but there is a lack of supporting content. Light Field Lab is already working to support this through its involvement in the industry-standard group, Immersive Digital Experiences Alliance (IDEA).

In the near future, those that will be early adopters of Light Field Lab's displays will be larger LBE venue operators that can either fund or create first-party content.