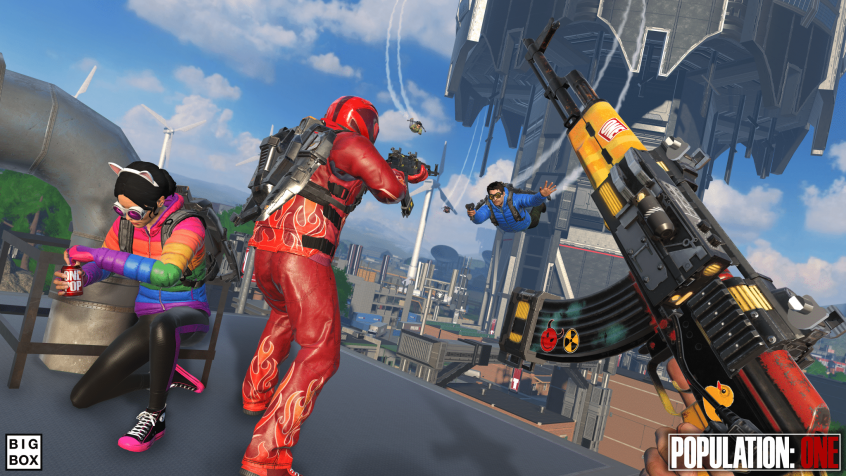 On June 11th Oculus and Facebook announced their latest studio acquisition; BigboxVR. Excitement around the acquisition centers mostly around Bigbox's flagship title; Population: ONE, which is a massively multiplayer battle royale shooter for VR. Specifically, media outlets have drawn comparisons between Pop: ONE and runaway hit Fortnite, which has dominated both the gaming market and conversations around the future of digital entertainment for the last few years.

Facebook has spent the last 2 years making key acquisitions of studios with proven successes in the VR content space, including:

This latest acquisition is indicative of Oculus and Facebook's recommitment to institutional investment in software development. Oculus' earliest efforts in first-party development were relatively short-lived. In the meantime, Facebook and its Reality Labs division has spent the last 2 years refining its hardware platform, culminating in the Quest 2 HMD.

Facebook's string of studio acquisitions and the departure of John Carmack from his leadership position at Oculus strongly indicate that the company feels it has secured its foothold in consumer hardware superiority. Following this, Its next strategic priority must now be a rapid shift towards bolstering its ecosystem by fomenting high-quality third-party development.

Greenlight Insights' previous consumer research into headset owners' preferences has consistently identified first-person shooters as the most in-demand type of content among current VR gamers. Consequently, the success of titles such as Onward, Boneworks, and the AAA franchise entry Half-Life: Alyx demonstrates this trend.

Critically, Oculus' studio acquisitions at first glance appear to run counter to this trend, with only one of the aforementioned studios boasting a traditional first-person shooter title. Upon further inspection, however, it is clear that a demonstrated ability to pioneer novel approaches to VR interfaces, gameplay, and design is what most drives the company's interest in a studio or property. Ultimately, the similarities between Fortnite and Pop: ONE matter less than Facebook's ability to populate its ecosystem with a wide variety of gameplay styles, genres, and broadly appealing applications for VR hardware.