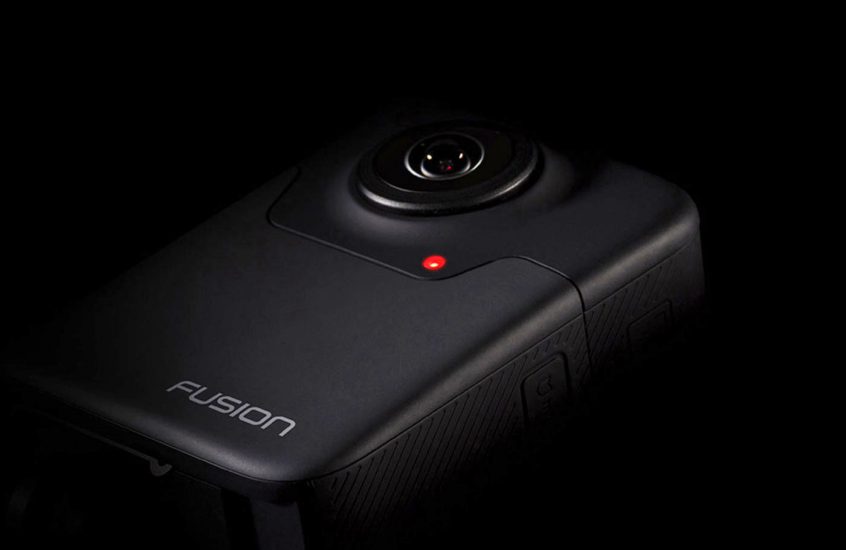 GoPro has released Fusion, its newest 360-degree camera, to a select group of influencers. The new dual lens camera is a new venture for GoPro, straying away from the 360-degree camera arrays the company released last year.

The once dominating action camera company has struggled over the past year, with a $400 million drop in revenue from 2015 to 2016. GoPro is exploring ways to win back customers and Fusion may be the answer.

GoPro has released Fusion to an exclusive group of professionals including Golden State Warriors, FOX Sports, vlogger Louis Cole, and Getty Images, but the newest camera will be a consumer product. The handheld design, simplistic controls, and easy-to-use stitching software all lead to effortless ease of use that a consumer will need when handling a new technology.

In terms of price, Fusion will need to be more expensive than GoPro's newest action camera and less expensive than the drone bundle, leaving a price range of $500 - $800. Fusion will most likely be on the lower spectrum of the price range to better compete with Ricoh, Samsung, and Insta360, which are all under $500. Fusion's direct competitor will be the Garmin VIRB 360, which is priced at $800. GoPro would be smart to price competitively in between to better compete.

Although GoPro is late to the 360-degree consumer camera market, GoPro may have an advantage over its competition. The company already has a customer base interested in specialty cameras. GoPro's currently released 360-degree camera solutions are expensive, with Omni priced over $5,000 and Odyssey at $15,000. Releasing a more affordable option for consumers will open GoPro's 360-degree solutions to a consumer base that it is already engaged.

Read about Greenlight Insights' projections of the VR camera market in the 2017 Virtual Reality Consumer Report.