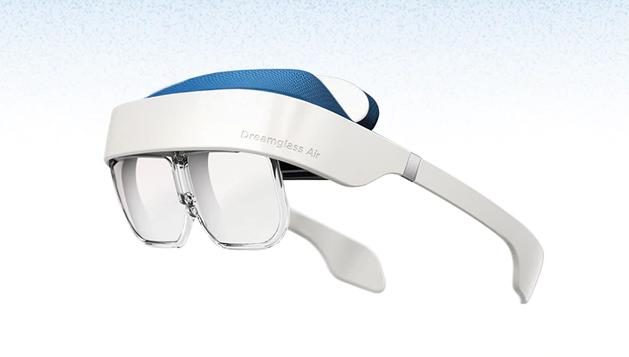 Within 5 minutes of launching its campaign, the company was 100% funded and has since raised over $300,000. For reaching this goal, a polarized shade will be provided for each DreamGlass Air to turn on VR mode. Should Dreamworld raise $500,000 prior to the campaign deadline on September 26, a Type-C to HDMI cable will also come with each DreamGlass Air.

According to Dreamworld, DreamGlass Air will be the world’s first AR private theater intended for IMAX-like viewing, and, like its predecessor, is designed for mobile platforms. The new headset has a weight of 150g, 90-degree field of view, a resolution of 2560 x 800, a 5-hour battery life, and is intrinsically 5G-ready thanks to its tethered hardware architecture.

Kevin Zhong, CEO of Dreamworld stated that its new product was an idea for Dreamworld in September 2018, and represents the company's vision for a truly consumer-friendly AR headset. Dreamworld’s customer base currently consists of enterprises, studios, and universities. According to Zhong, a driver for the development of DreamGlass Air was his desire to improve democratization of AR technology, creating "tech for the people"; prior to the headset's development, Dreamworld conducted surveys to better understand what keeps consumers from using AR headsets. The results of the study concluded that the two primary reasons for this friction were cost and lack of content.

Dreamworld distinguishes its DreamGlass Air product from other HMDs
on the market (even similarly tethered models like the nReal Light) with its competitive price of $269, and the relatively wide availability of content afforded to it by its plug-and-play functionality. DreamGlass Air is compatible with Android and iOS Apps, PS4, XBOX, and Nintendo Switch consoles, PC and MacOS devices. Dreamglass also cited FPV for drone pilots as a supported medium. Although Dreamworld is focusing on the consumer market, they will continue to provide professional AR devices for enterprise as well.

Zhong commented that he sees the enterprise market gradually growing within the next five years however for the consumer market, he believes in 2020 mobile phone manufacturers such as Samsung, Huawei, and Apple will begin selling AR glasses and mentioned Vivo having already launched one. Zhong thinks this will jump-start the industry, and as developers will be incentivized to create more consumer AR content. This view is consistent with previous analysis from Greenlight Insights regarding the rise of low-cost AR devices driven by smartphone-grade processors and waveguide displays. Furthermore, while HMDs like Dreamglass Air forgoes advanced AR functionality (including features like SLAM or on-device 3D rendering) in favor of significant functionality and frictionless usability, the versatility of such "personal theater" devices may present a more attractive value proposition at its current price point than many other contemporary AR HMDs.