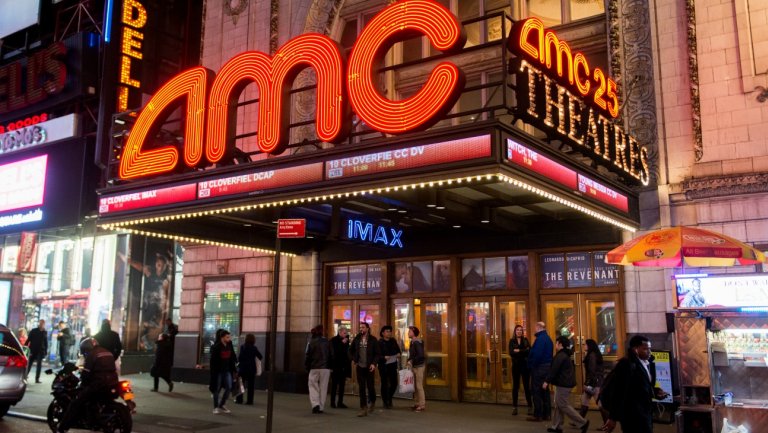 The symbiotic relationship between the cinema and immersive experiences could be the catalyst for the mass adoption of not only virtual reality but also location-based entertainment.

AMC Entertainment recently announced a strategic partnership with Los Angeles-based VR startup Dreamscape Immersive that is expected to increase the number of virtual reality experiences available at both AMC Cinemas and selected standalone locations. According to a press release, AMC is committing $10 million in equity investment to Dreamscape Immersive, with the aim being to scale up Dreamscape’s untethered location-based virtual reality entertainment (LBVRE) experiences to a global audience.

As you might expect from a company boasting around 1,000 movie theater locations worldwide, AMC sees an enormous amount of value in virtual reality experiences that can potentially be tied into the latest Hollywood releases. In addition to the $10 million equity investment, AMC has agreed to finance up to six Dreamscape Immersive VR Centers within its cinemas in the United States and the U.K over the next 18 months. These as-yet-undecided LBVRE venues will be in addition to Dreamscape’s flagship location in LA—due to be open to the public in the first quarter of 2018, the press release said.

“Dreamscape Immersive ushers in an exciting new world in virtual reality and reminds us through its trailblazing all-enveloping technology that we really are living in the 21st century. A dazzling future is now at hand," said AMC Entertainment’s CEO and president Adam Aron. "What makes Dreamscape Immersive and AMC Theatres a perfect fit together is the vast and impressive experience of Dreamscape's founders in cinematic storytelling that is sure to resonate with AMC's moviegoers."

Taking Advantage Of A Shared Language

Dreamscape’s DNA is, according to its co-chairman Walter Parkes, firmly rooted in “the shared language of film,” a statement that takes on a degree of validity when you take into account that the startup’s initial investors included Warner Brothers, MGM, 21st Century Fox and Steven Spielberg. The involvement of Spielberg is not exactly a surprise as the director’s adaption of Ernest Cline’s VR-centric dystopian novel Ready Player One will be released in March 2018.

Variety reported that AMC’s investment into Dreamscape is not without precedent.

In an interview with the news source, AMC Theater’s executive vice president John McDonald said that the company had, “a long history of innovation in the theatrical space,” noting that the traditional theater or cinema space and VR have a lot in common. The obvious similarity is that movies and VR are both immersive experiences; people go to the movie theater to escape from physical reality for a couple of hours, an experience that VR naturally replicates in a digital setting.

When you also take into account that movies can (in theory) offer a social context, then the marriage of an entertainment behemoth such as AMC and a LBVRE company is great news for a sector that is still finding its feet in terms of mass consumer appeal.

For example, the Void’s Ghostbusters: Dimension hyper-reality experience at Madame Tussaud’s in New York was critically applauded but saving the world from annoying poltergeists probably speaks more to people who are familiar with the 1984 film. Data regarding how many people have gone through the experience is hard to find, not least of which is the fact that Madame Tussaud’s sells it as part of $55 combo ticket that includes the wax museum.

With that in mind, CNET reported that a collaboration between The Void, Lucasfilm, and ILMxlab will bring an—drum roll, please—immersive Star Wars VR experience to Disney’s North American theme parks in December of this year. Unsurprisingly, Star Wars: Secrets of the Empire will debut at the same time that the latest installment of the space opera arrives in movie theaters. And if you want mass appeal, then Star Wars is a safe bet.

It is no secret that actual movie attendance has been steadily dropping for some years.

A recent Wall Street Journal report cited by Fast Company said that there had been a year-on-year decline of 5% in ticket sales in the first half of 2017, a drop that was attributed to not only the quality of movies arriving in theaters but also the popularity of streaming services such as Netflix. Hollywood keeps “throwing gobs of money” at unwanted sequels to “blockbusters,” Fast Company said, with the end result being a state of customer apathy that is hard to shake. That apathy could be addressed through LBVRE.

In July, Greenlight’s inaugural Location-Based Virtual Reality Entertainment: Market Report predicted that spending on VR hardware, software, content and related services at out-of-home entertainment venues would reach $1.2 billion by 2021—a compound annual growth rate of 50%. Much of that growth rate would be linked to the increased number of venues available to the average consumer, a scenario that seems even more likely when you consider AMC’s partnership with Dreamscape Immersive could (in theory) make 1,000 theaters into an LBVRE venue.

Irrespective of fact that modern movie theaters are comfortable and provide a viewing experience that is hard to replicate in the home, the plain truth is that people are not that bothered about watching movies on the big screen. Which makes the addition of a virtual reality experience—that can be tied into the latest releases—a bit of a no-brainer for venue operators.

The key is to create immersive experiences that consumers want to either enjoy or are already familiar with. Take Blade Runner 2049, for example. At San Diego Comic-Con in July, attendees were able to take advantage of a roller coaster-like virtual reality experience that combined elements of the now-released movie with a physical journey into the setting of the film itself, The Verge reported. In effect, this example of a LBVRE title took the participant into another world, the caveat being that the world is often framed within the parameters of the movie itself.

AMC Is Looking Towards The Future

That is where AMC’s initial $10 million investment into Dreamscape makes a great deal of sense. Consumers are always looking for the next big thing and VR has certainly received more than its fair share of hype.

In many ways, VR is itself the epitome of a blockbuster, albeit one that has the capacity to meld film content into a digital experience that appeals to both the hardcore movie fan and the casual consumer.

At the same time, people expect movies to come with branded merchandise such as video games and exclusive DVD content, so why not include a virtual reality experience that ties into the cinematic content? It then follows that if this content is engaging enough that it warrants repeat visits, then a person may decide to try out new experiences when they arrive at their local LBVRE center. And if those experiences are a success, then mass adoption of virtual reality comes that little bit closer.

Hollywood, the ball is now in your court.

For more guidance as to how to integrate location-based VR content into your business, join us at Greenlight Insight's Virtual Reality Strategy Conference in San Francisco. Now in its second year, VRS 2017 is three VR/AR-themed conferences under one roof, with over 75 industry experts and thought leaders. Click here to find out more and register for this informative event.